It was February 1980, 10 months before the untimely death of John Lennon, that Australia and possibly the world’s, first tribute show THE BEATNIX was conceived and produced by Tony Dean – founding member and now owner/manager.

Coming from a Show Band background, popular in the 1970’s and touring Australia wide, Tony was used to playing covers including Beatles, Doobie Brothers, Beach Boys, Hollies, Bee Gees, & Eagles, all great harmony groups, plus songs directly from the top twenty hit parade but then “Punk” came along and it was out of the question to play that style of music.

It was suggested we play more Beatles music, everybody loves The Beatles. From that simple suggestion Tony thought “lets play only Beatles songs”, hence the first tribute show was conceived.

No Exchanges or Refunds.

Must be aged 18 + to attend.
Present your ticket along with your West Tradies Badge and/or a valid Photo ID at entry for verification.
Strict COVID Safety Practices apply 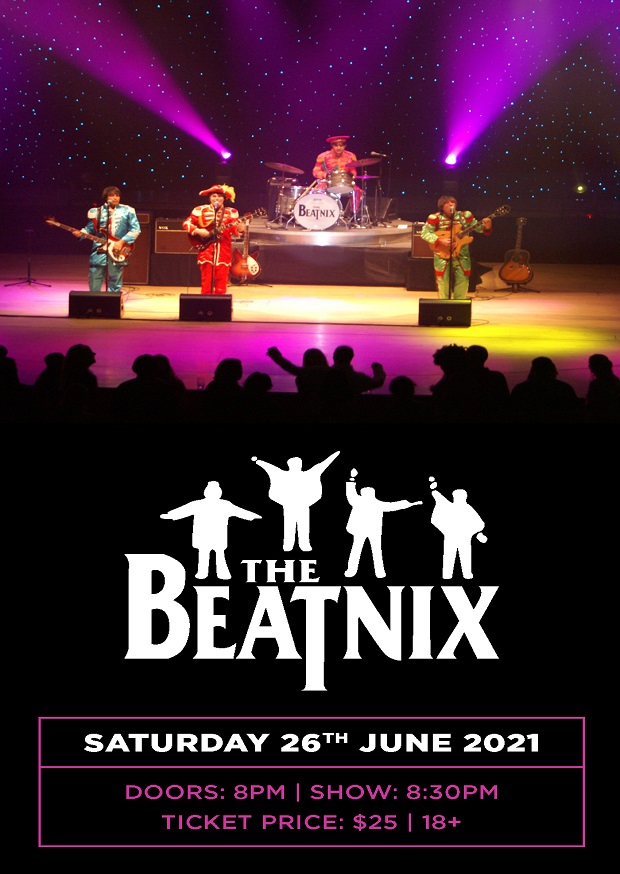