The Kevin Bloody Wilson Show is not just a concert performance, for most, it’s a full on event and an opportunity to tick from your bucket-list a chance to see Australia’s most unique International comedy legend. Kevin has become a national institution – a must see for any person wanting to see absolute original Australian comedy.

If we were asked to nominate one individual to best define Australian humour, for most of us, the name Kevin Bloody Wilson immediately springs to mind. His recently released biography ‘DILLIGAF, The Life And Rhymes Of Kevin Bloody Wilson’ is a raucous, earthy, in depth look at perhaps one of the only Australian comedians who has not bowed to the pressures of political correctness.

Kevin Bloody Wilson’s story is remarkable.  He has become a part of Australian Culture, a part of who we are and how we define ourselves. His DILLIGAF attitude is a quality to be envied.

He’s been listed in Who’s Who, his entire body of work has been preserved for future generations with the National Film and Sound Archive in Canberra and his fan base stretches from Broken Hill to Buckingham Palace.

“I love Kev.  My favourite is Livin’ Next Door To Alan.” Paul Hogan

“Hello John, is the funniest song I’ve ever heard in my entire radio career.” John Laws

Kevin Bloody Wilson is also the only international artist who can shift seamlessly between an outback pub to the hallowed halls of the London Palladium.

His record sales are now nudging the four million mark. Without traditional media support, all of Kevin Bloody Wilson’s albums and DVDs have achieved Gold Sales status globally, with many reaching Platinum, and one, ‘Kev’s Back’, awarded an amazing quadruple Platinum. Kev’s recordings can be found in such diverse locations as Outback Australia to Antarctica. From Big-Rig road trains to the console of Prince Charles’ Aston Martin.

It seems ironic that twenty-five years ago, Kevin Bloody Wilson was being arrested for performing his songs in public, yet on Australia Day in January 2010, he was officially nominated for Australian Of The Year for doing exactly the same thing.

Now, Kev tours often in Australia and internationally, always to large audiences of adoring fans. He maintains his stringent tour schedule because of his love of live shows, and the incredibly interaction he has with the multitude of fanatical Kev fans worldwide. 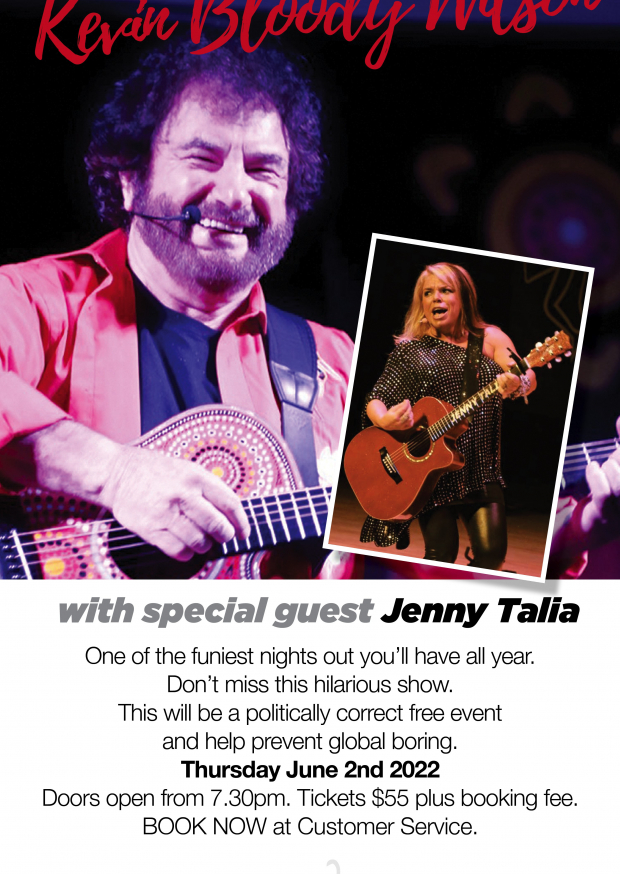