Live pro wrestling returns to Telarah on Saturday 16th of January for 2 huge hours of non stop action at The Great Kingdom Rumble 2022.

BUT This year is different! The winner of the 2022 Kingdom Rumble earns a championship match at our biggest event for the year at I AM CHAMPION II in April.

As we all know The Kingdom has a new world champion in Tyler Gunn with a huge win in The Eliminator defeating 5 of The Kingdom's best, but, The legendary Slade Mercer is returning and has issued his challange for the championship he never lost after relinquishing due to Covid restrictions and he will take on the fastest rising star in Kingdom history for the World Championship.

PLUS MORE to be announced 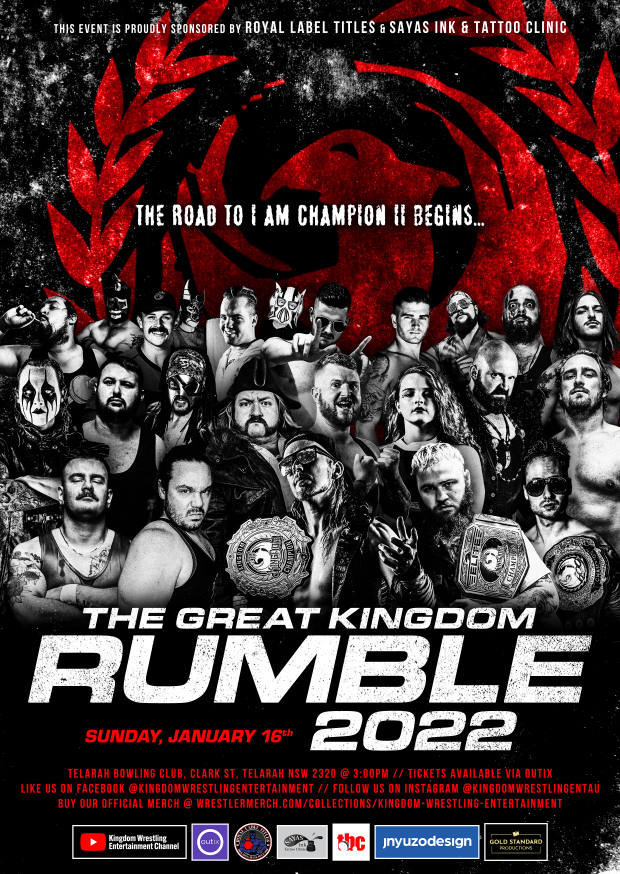