The rock 'n' roll road to stardom is a dangerous road indeed littered with the corpses of starry eyed hopeful's, wannabes ,one hit wonders and jagged "if only's"...while many bands self‐implode before they even leave thegarage, victims of classic clashing egos and personalities ......
Few survive…
One of these survivors is Australian band THE RADIATORS who in 2013 celebrated 35 years together since they played their very first show.
Formed in a transition from a band called Big Swifty, little did they know they would go on to forge a unique soundand influence thousands of teenagers throughout Australia...debuting in Sydney September 1978 the RADIATORS embarked on a formidable performing schedule playing over 320 gigs in the first 12 months alone.

The Radiators have carved a niche in the annals of Australian rock history, they have shared the stage with all the great Aussie acts such as AC/DC, Rose Tattoo and INXS with over 4000 shows to their credit, the Radiators have played the music to an estimated 3 million people in Australia, have recorded over 100 original songs including best known songs "Comin' Home", "No Tragedy" and "Gimme Head". With two albums being awarded platinum status, two achieving gold and with a host of good selling records with sales totalling over 1 million units.

The Radiators still tour extensively and the bands fans young and old still flock to grab a slice of living Aussie rock history and rock the night away to the great catchy songs and classic hitsthat made the Radiators a household name in Australia.

No Exchanges or Refunds.

Present your ticket along with your West Tradies Badge and/or a valid Photo ID at entry for verification.
Strict COVID Safety Practices apply 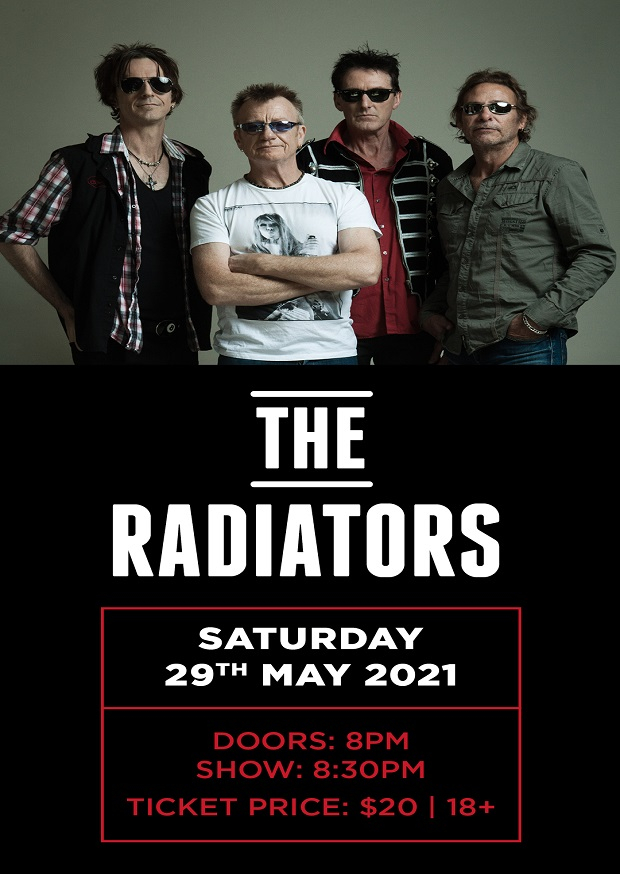