*This is strictly an 18+ event* Tickets are non-refundable.

Current tickets & seating allocations will be automatically transferred over to the new date.

Akmal Saleh joins us for the first time at Wests League Club in 2022 – unhinged, unfiltered and unleashed!

It’s time for Akmal to explode onto stage once more ... and GOD ONLY KNOWS what crazy thoughts he’s cooked up in COVID confinement!

Pandemic’s got you down? Akmal is the perfect cure. He’s an ARIA-winning comic who has spent decades at the top of the Aussie comedy industry. He has the unique perspective of being born in Egypt and raised here from the age of 11.

He’s also one of our funniest exports, having toured the world, including to the Edinburgh and Montreal International Comedy Festivals. He’s a star of film and TV, notably one of the most reluctant guests on ‘I’m a Celebrity, Get Me Out of Here’ (he really did want to get out of there), as well as numerous radio appearances. He’s an author and a poet (okay, not a poet), a beloved all-round performer – and it’s going to be amazeballs fun as he gets back to his stand-up comedy roots this festival season. 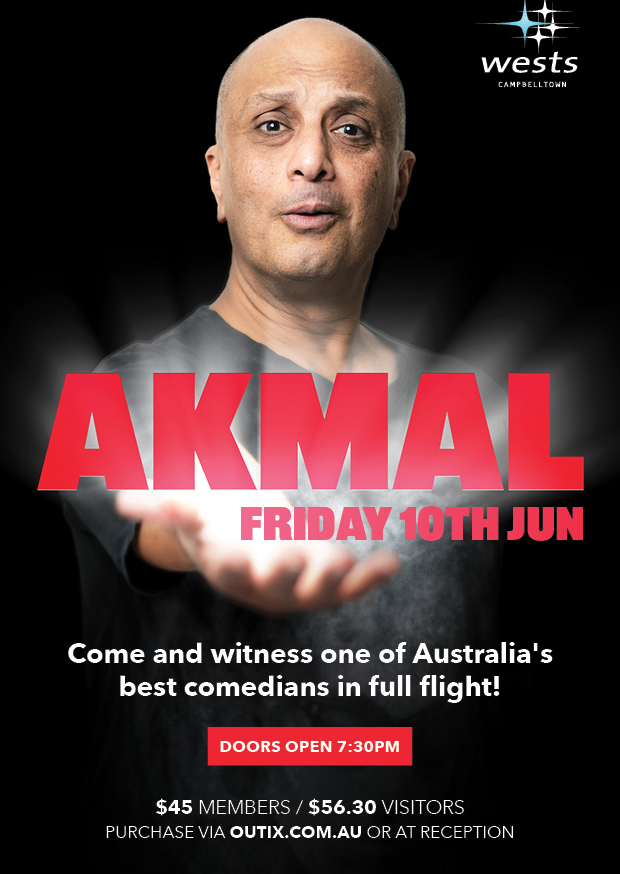