Stevie Nicks, Linda Ronstadt and Carole King are arguably three of the worlds most recognizable voices. With combined record sales topping in excess of over $300 million units sold as well as a wealth of top 20 hits between them, they truly are three of the worlds greatest.

In this fun and energetic tribute show, fronted by national touring artist, Bloom, and backed by a band that has performed with legendary artists Jon English, Rick Astley, The Angels and Damien Leith, you will experience the incredible hits that span several decades from the Grammy Award winning artists, including: You're No Good, That'll Be The Day, Blue Bayou, I Feel The Earth Move, Natural Woman, It's Too Late, Rhiannon, Landslide, Dreams and many more!

Bloom is highly applauded as one of Australia's greatest power vocalists. She has heads turning wherever she performs and has been gaining acclaim with every performance she does having been described as "one of Australia's finest vocalists" and six time Golden Guitar Award winning singer/songwriter Melinda Schneider describing her as "the next generation of amazing vocalists"

Be charmed by the vocal powerhouse that is Bloom and celebrate all that is Stevie Nicks, Linda Ronstadt and Carole King. 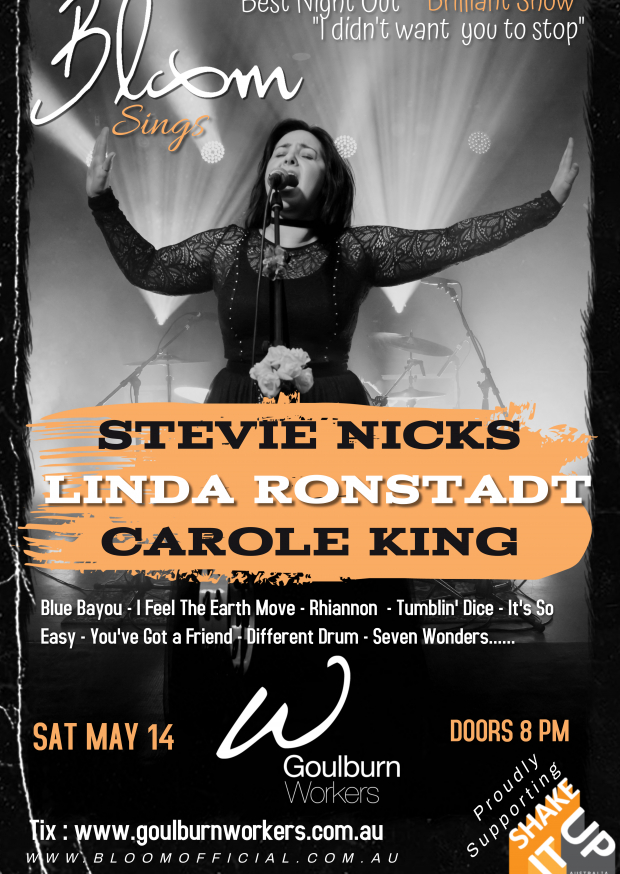