PALAIS THEATRE
Alchemy - Guitar Duets from Around the World

Andrew Blanch and Ariel Nurhadi have been described as “two stunning young guitarists…virtuosic” (Sydney Arts Guide) and have been praised for their “dazzling guitar playing” (ArtsHub).

Their performances have taken them around Australia and New Zealand, and they also collaborate with Australia’s celebrated baritone Josè Carbò in a group named The Josè Carbò Trio.

Their current duo project entitled Alchemy is named after the very first piece they learnt together, by the late great Australian guitarist and composer Phillip Houghton. Alchemy is something of a ‘world-tour’, featuring some of the finest music written/arranged for guitar duet, with masterpieces from France, Spain, Brazil, Argentina, USA, and Australia, including Houghton’s acclaimed ‘Three Duets’ that encapsulates Alchemy. 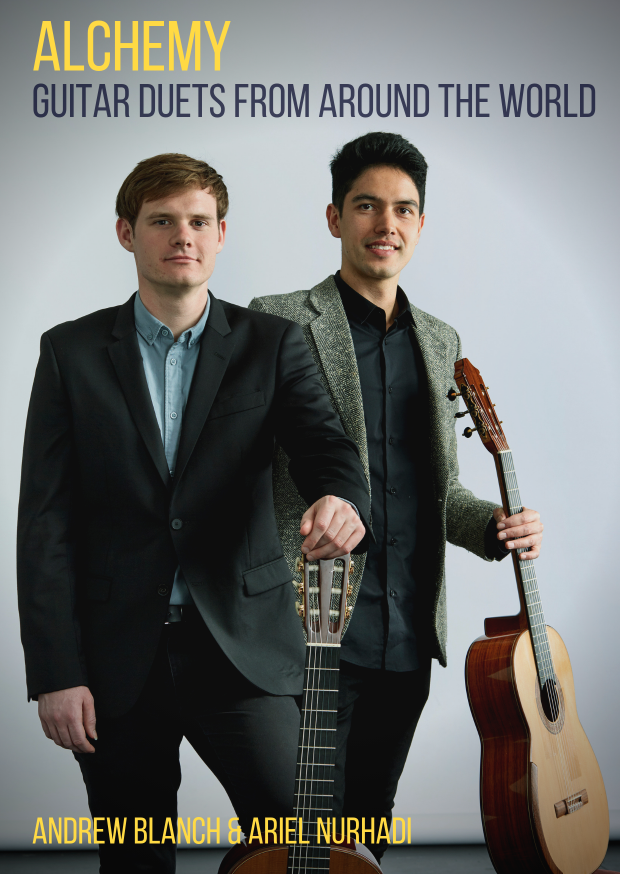