It started back in 2017 when Amber and Catherine first joined forces performing 26 shows across the country.  Remembering how much fun they had, the new Mum’s have decided to do it all again in 2020 with young babies in tow.

The show will feature both Amber and Catherine performing their own sets of hits and fan favourites plus some special duets in a 2 hour show that will embrace their incredible songwriting talents, their cheeky wit, sassy style and take you on a musical and lyrical journey through all the emotions, from laughter to tears.

Whilst both artists have performed on the big stages of all the major festivals such as Gympie, CMC Rocks, Deni Ute Muster and then-some, they also love being on stage in intimate venues around the country engaging with their fans and audiences in almost an up close and personal mode.

Amber Lawrence celebrated 2019 with the release of her 6th studio album, Spark! Hitting the coveted #1 position on the ARIA Country Music Charts as well receiving 3 Golden Guitar nominations for ‘Album of the Year’, ‘Contemporary Album of the Year’ and ‘Female Artist of the Year’.  The lead single ‘Outrageous’ topped the radio and video charts, being the 2nd most played song at radio in the second quarter of 2019 just behind Lee Kernaghan.  ‘Heart’ (2nd single) and ‘Hell To Hallelujah’ (3rd single) followed suit topping the charts. During COVID, Amber has released an all-female version of the iconic ‘True Blue’ (by John Williamson) with Aleyce Simmonds, Kirsty Lee Akers & Dianna Corcoran, debuting at #1 on the ITunes Chart and Top 5 on the country radio charts.  Amber has another amazing killer single with Nashville Natives, The Davisson Bros dropping on the 7 August as well as a forthcoming long-form LIVE DVD and album, plus her 3rd children’s album ‘The Kids Gone Country’ to round out the crazy 2020 year!  One of the hardest working artists in the marketplace today, Amber has also released two children’s albums (The Kids Gone Country and Aussie Aussie Christmas), released a collaboration with Travis Collins (Our Backyard) which saw them win 3 Golden Guitar Awards in 2018, performed her original work ‘100 Year Handshake’ in New York for POTUS and other dignitaries, co-hosted the 2019 Golden Guitar Awards, and hosts her own radio show ‘Amber Nights’ on iHeart Radio Australia.

Catherine Britt can lay claim to all the diverse range of styles that modern country music has to offer from pop country to bush ballads, acoustic folk-leaning songs to rousing country rock and the polymorphic blend of Americana.  A songwriter who has already packed a respected and highly acclaimed career into her first two decades as a recording artist.  Her current release and 7th studio album, Catherine Britt & The Cold Cold Hearts is very country and organic. From the coal works of Newcastle to releasing Top 40 Billboard hits, her career commenced at the tender age of 14 and has since amassed a mantle of Golden Guitar Awards for ‘Female Artist Of the Year’ (09/13/16), ‘Single of The Year’, ‘Vocal Collaboration of the Year’, APRA Award and CMC Artist of The Year nominations and is the first Australian artist to have all 6 albums ARIA nominated for Best Country Album.  Her talent as seen her tour, perform and record with some of music’s most respected names including Kasey Chambers, Paul Kelly, Sir Elton John, Steve Earle, Dolly Parton, Don McLean, Chris Isaak, Brooks & Dunn, Alan Jackson, Guy Clark and Keith Urban.  Catherine remains to this day the youngest Australian to ever perform at the Grand Ole Opry at the tender age of 17. 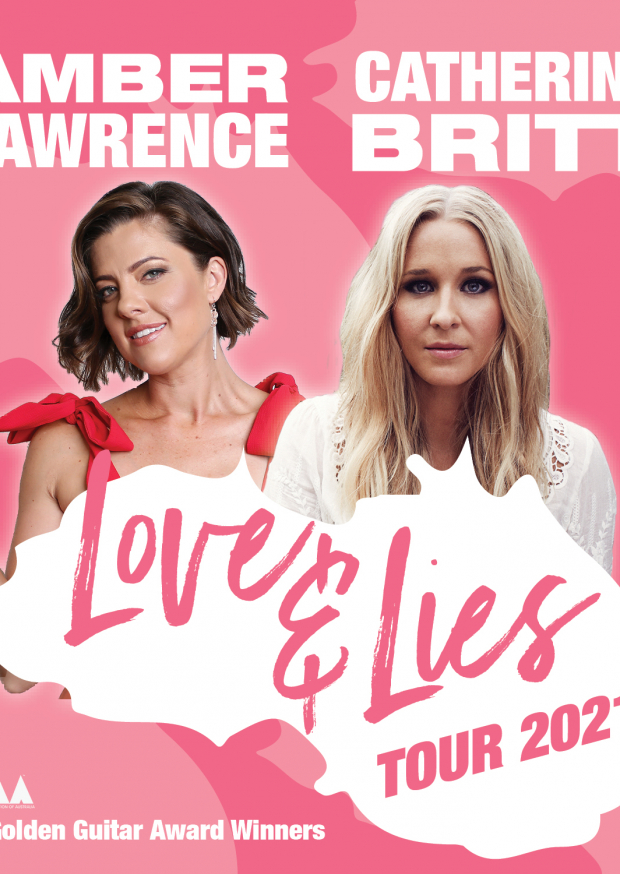