Country music super-star Gina Jeffreys returns to the Goulburn Workers Club on Friday 19 June, returning to centre stage with her new album BEAUTIFUL TANGLE following a 12-year break from recording and touring to raise her family. The album is a stunning collection of personal stories that come straight from the heart, and showcases the rich and distinctive voice that has won over audiences ever since Gina’s award-winning career began 30 years ago.

Gina first delighted audiences with her music as the winner of Star Maker in 1991, taking over the mantle from Keith Urban. She soon became Australian Country Music’s Golden Girl and went on to become a household name – regularly appearing on hit TV shows like Hey Hey It’s Saturday and The Midday Show and touring Australia with music greats like Kenny Rogers, Kris Kristofferson, Lee Kernaghan, and the most famous of all – Johnny Cash.

She went on to become Australia’s first ever female country artist to sell platinum albums, perform sell-out shows across Australia, and took her music to the world.

Gina’s show still includes her old hits and fan favourites, and she will be joined by special guests Rod McCormack with his highly-acclaimed bluegrass album FINGERPRINTS – already a hit in the USA – and singer-songwriter Max Jackson.

This will be a concert to remember. 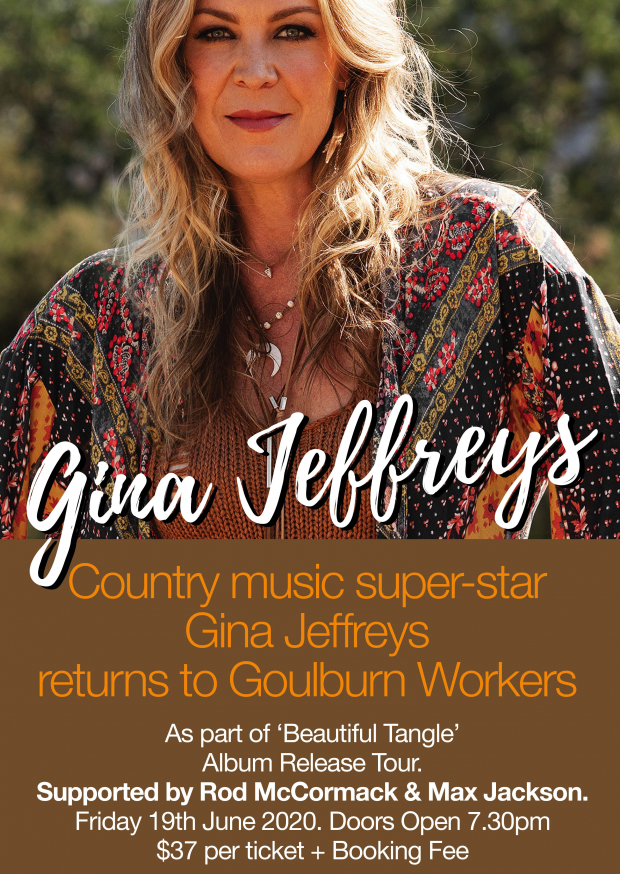