The Kevin Bloody Wilson Show is not just a concert performance, for most, it’s a full on event and an opportunity to tick from your bucket-list a chance to see Australia’s most unique International comedy legend. Kevin has become a national institution – a must see for any person wanting to see absolute original Australian comedy.

If we were asked to nominate one individual to best define Australian humour, for most of us, the name Kevin Bloody Wilson immediately springs to mind. His recently released biography ‘DILLIGAF, The Life And Rhymes Of Kevin Bloody Wilson’ is a raucous, earthy, in depth look at perhaps one of the only Australian comedians who has not bowed to the pressures of political correctness.

Kevin Bloody Wilson’s story is remarkable.  He has become a part of Australian Culture, a part of who we are and how we define ourselves. His DILLIGAF attitude is a quality to be envied.

He’s been listed in Who’s Who, his entire body of work has been preserved for future generations with the National Film and Sound Archive in Canberra and his fan base stretches from Broken Hill to Buckingham Palace.

GET YOUR TICKETS TODAY! 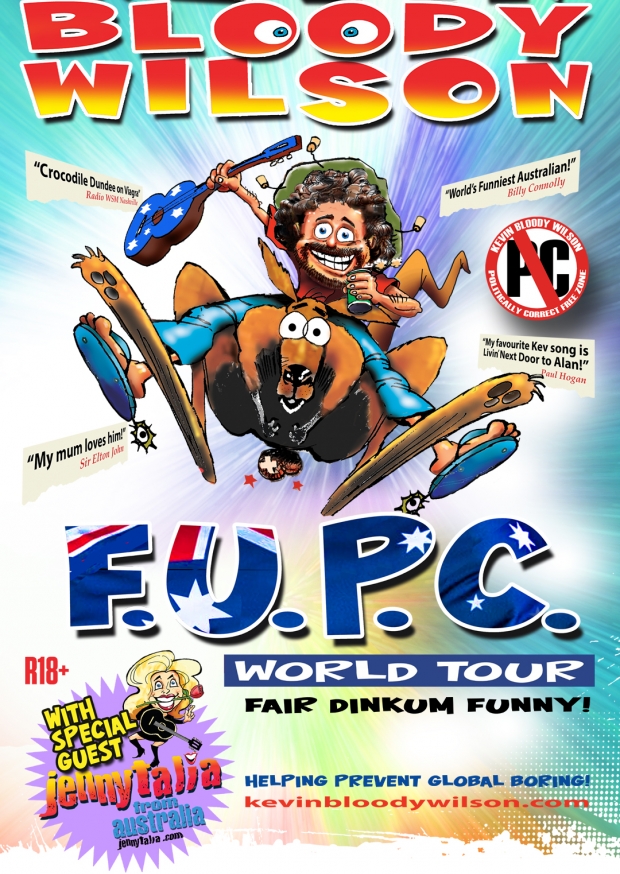