The 2018 Shannons Nationals Championship will be making its way to The Bend Motorsport Park on the 13-15 April, 2018.

Next year’s season of the Shannons Nationals will open with a bang at The Bend Motorsport Park, with Australia's newest circuit to host the inaugural round in April, 2018.

Round one of the Shannons Nationals will also mark the first national motor sport event to ever be held at The Bend.

The Australian GT Endurance Championship will be battling it out on the 7.7km GT Circuit, the second longest permanent race circuit in the world!

A preview of each Grandstand's view can be found here

For general admission, children 12 and under are free as long as they are accompanied by an adult ticket holder.

For grandstands, children aged between 4 and 12 (inclusive) will require a child ticket. Children 3 years and under are free but must not occupy a separate seat (they need to occupy the same seat as their parent or guardian).

Park your car trackside and watch the action from the comfort of your own car! Each occupant will also require at least a general admission ticket. Children 12 and under are free!

Have you considered The Bend Membership?

Membership starts at $319 and includes 3 day general admission access to this event! Check them out here 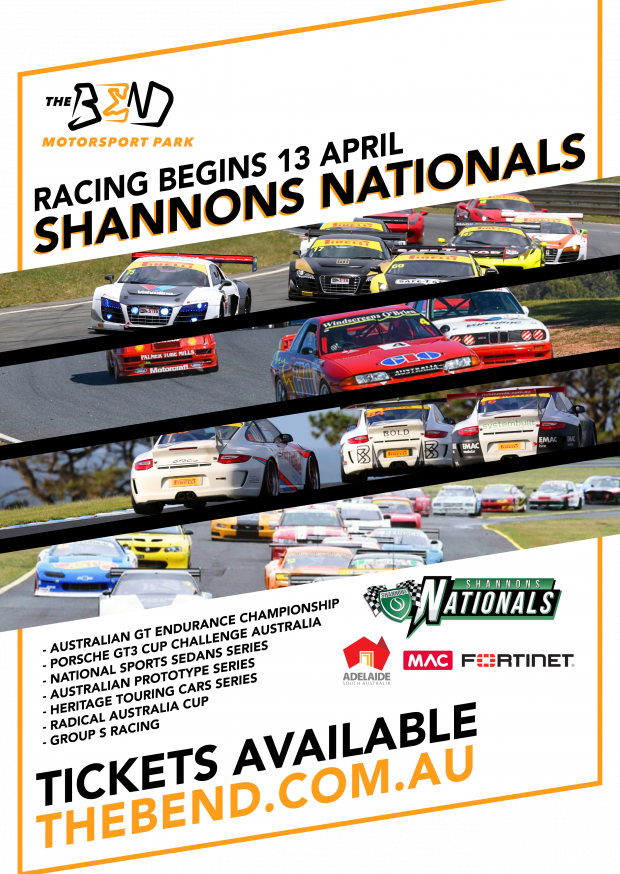