PLEASE NOTE THAT THIS EVENT HAS BEEN POSTPONED TO A DATE YET TO BE DETERMINED.

Since this fateful merging of musical minds, The Swamp Stompers have set about earning
themselves a significant reputation as one of the most promising up-and-coming acts to emerge in
recent years. The powerhouse trio has stomped their mark on prominent Australian festivals
including Caloundra Music Festival (QLD), Blues at Bridgetown (WA), Queenscliff Music Festival (VIC),
and the Sydney Blues & Roots Festival (NSW). The band is renowned for their incredibly high-energy
live shows, with punters and peers left in complete awe by the raw power and finesse displayed by
this seemingly unstoppable guitar riff-driven beast.

"Like a cold glass of water in the middle of a hot summers night.’’
4.5/5 Star Review - Nkechi Anele, Triple J

‘‘Catchy grooves, intelligent songs and youthful hunger – this band has the right mix of potions to
take Australian blues and roots to the next level. One of my absolute favourites.’’ Lloyd Spiegel
(Australian Blues Legend)

“We highly recommend you check these guys out as we firmly believe that these guys will be Torch
Bearers of roots music in the 21st century.” Neil Mumme (Festival Co-Ordinator, Great Southern
Blues Festival Narooma).

Kahli (Vocals), Andie (Drums) and Matthew (Guitar) have struck a balance between old and new: Kahli lifts smooth vocals straight from the late Mrs Franklin then avo-smashes it with 70’s rock, 90’s RnB and modern pop, Andie brings the drumkit to the forefront with dizzyingly sensational rhythms spawned by progressive rock and jazz fusion, and Matt is there to tie things together with soulful licks; the roots of which are grown all the way to depths of blues (with a scenic detour or two via Pink Floyd). But the one thing that unites them all is a motivating desire to express themselves as honestly as they know how.

For live shows, the tight-knit trio opens their ranks to utilise keyboards, extra guitars, bass and a backing vocals section to create a wholesomely huge and captivating performance.

They’re here to lighten the mood, make you cry, make you dance, and most importantly of all, make you nod your head up and down while you say ‘Mmmm, that’s the stuff.’ 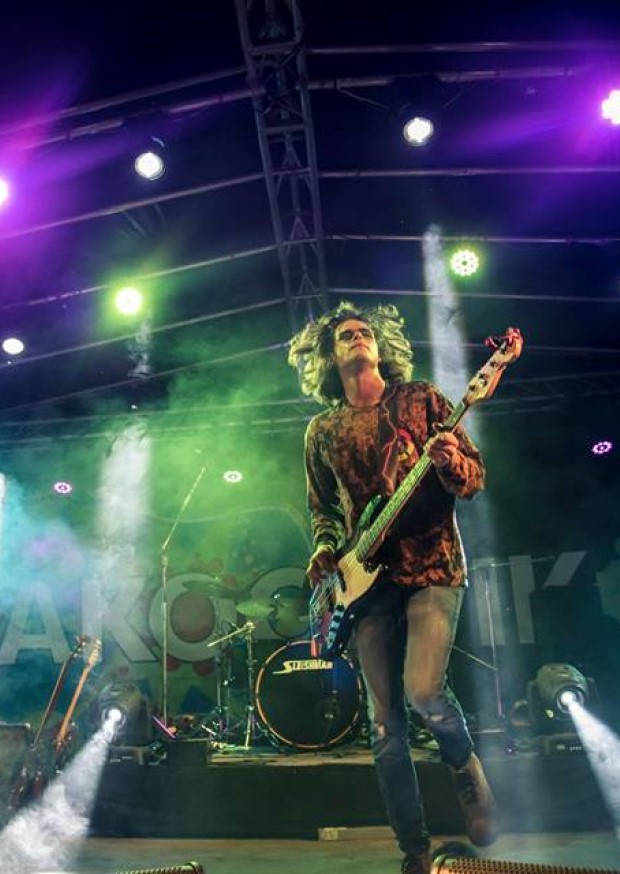