Get them from here www.outix.co/tickets/event/globalunderground

On Melbourne Cup Eve we proudly celebrate 20 years of one of the worlds most iconic music labels "Global Underground" with a very special party featuring Darren Emerson Oliver Schories and Anthony Pappa .GU has given us 20 years of amazing underground dance musical pleasure and this will no doubt be a night to remember.

No label encapsulates dance music's international explosion and restless creativity quite like Global Underground. Set up by two clubbers who literally bounced off the dance-floor and into the record business, this resolutely independent label quickly established an untouchable reputation for cutting edge dance music of the very highest quality, which continues to this day. Global Underground is still at the cutting edge of electronic music and DJ led compilation albums.

The original idea was simple. Global Underground would take DJs to play a party in one of the most unusual, exotic clubbing locations on Earth the two CD-set would capture the night and the visit in music. Solomun (Official), Carl Cox, Sasha, Paul Oakenfold, *Deep Dish, John Digweed,Danny Tenaglia DJ, Nick Warren, Dave Seaman, and Darren Emerson are just some of the names that have graced those distinctive image led covers. Along the way, Global Underground has become more than an internationally renowned dance music label. It's become a way of life.

Global Underground has also pioneered some of the world's best new talent and in 1999 launched the Nu-Breed series which showcased up and coming DJs Sander Kleinenberg, Anthony Pappa,Steve Lawler, Danny Howells and Lee Burridge. and more recently DJ/ProducerHabischman and Oliver Schories 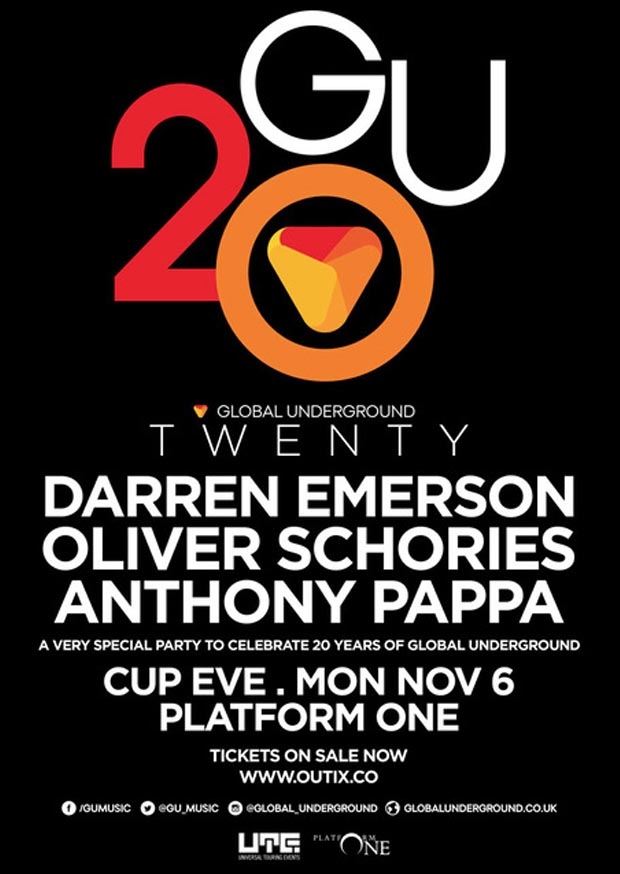